Pinoy Pasko Around the World with TFC News Anchors 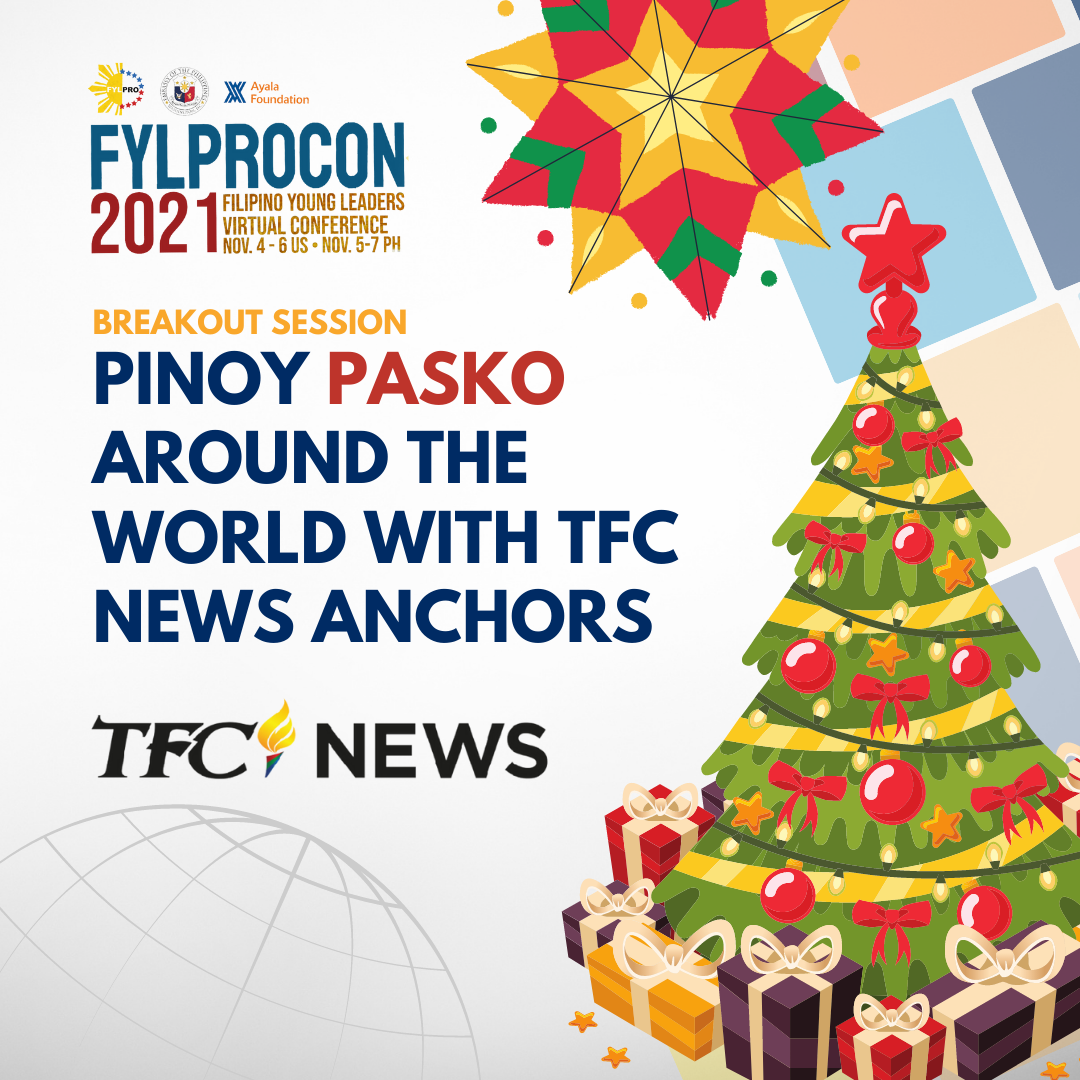 There is nothing like Christmas in the Philippines. Cheerful carols and ’emo’ Pasko songs are heard all day over the radio, and in the malls, starting September 1st. At night, streets are flooded with color from the bright, dancing holiday decors around every building, lamp posts and homes. We all know this is the time to be with family and loved ones, the time to celebrate another year of togetherness despite hardships and challenges. The holidays bring so much joy to us Pinoys, we want to celebrate it for over a third of the entire year! But what if, you are away from the homeland, how is Pasko for you in your part of the world?

Marlino Bitanga is the Officer in Charge and Head of Operations for MYX. MYX is media conglomerate ABS-CBN’s top global youth TV, radio, digital & events platform with over 15M social media followers and 4M Unique Viewers monthly. His team has helped agencies, brands and companies like McDonald’s and Netflix, strategize campaigns to reach their target audience. His career began as a DJ and On-Air Personality for Wild 94.9 FM in San Francisco, Jammin’ Z90 FM in San Diego, along with notable guest appearances on some of the biggest iHeartRadio stations across the United States. With a passion for elevating awareness of Filipino and Asian talent, in his spare time, he is a frequently requested speaker at community events, works with business leaders as a brand expert and mentor, and is founder/producer of the popular global podcast “Heavy Rotation – Filipino Hip Hop and R&B”.

TJ Manotoc has been a sports commentator and news broadcast journalist in the Philippines for over 20 years.
As a sportscaster and sports journalist, TJ has covered games in the collegiate and professional level in Philippines’ as well as international competitions abroad.
As a news anchor TJ led several news shows and newscasts on ANC (the ABS-CBN News Channel) and Studio 23.
And as a field journalist TJ covered a gamut of topics from sports, consumer business to tech to health and modern day heroes.
In recent years TJ had also made his mark in Philippine society as a staunch mental health advocate
He brought his nearly two decades of experience to The Filipino Channel as the News BUREAU Chief for ABS-CBN News for North and Latin America when he was assigned in 2018
He is now based in the San Francisco Bay Area.

Rose Eclarinal has covered Europe’s most significant news events for ABS-CBN’s worldwide audience: from the London royal wedding to the canonisations of popes in Rome. she has spanned the European continent as the network’s eyewitness to its unfolding history, while breaking the latest developments in OFW crises.
She is currently ABS-CBN Europe News Bureau’s Senior News Correspondent and heads the news bureau’s news gathering in the region. Trained in Manila and in various European countries, she began her career in local broadcast journalism as a researcher and writer for ABS-CBN’s investigative magazine, The Inside Story, before becoming correspondent for the award-winning weekly documentary program, The Correspondents.
She also worked her share of news executive positions, as senior producer and story editor for the network’s primetime newscast, TV Patrol and as executive producer of f, the longest-running lifestyle magazine program on ABS-CBN.
Eclarinal has trained in media extensively overseas, earning diplomas in international broadcast journalism.
A graduate of UP Diliman 1996, she holds multiple degrees from the Erasmus Mundus Journalism masters program, from Denmark’s Aarhus University, University of Amsterdam and University of Swansea in Wales, specialising in Globalisation and Reporting Global Change.
Apart from the Erasmus Mundus Scholarship given by the European Union, she is the recipient of the UK government’s Chevening program and the Netherlands fellowship program.
In 2014, Rose conceptualised and co-funded an independently-produced magazine show on the Filipino Channel (TFC), aimed at showcasing the extraordinary stories of Filipinos on the continent. The first of its kind for the Filipino diasporas, it won recognitions and awards. The digital public service program was awarded The National Lottery Community Fund in 2020 and 2021.
Rose is married and is a mother to a 9-year-old girl. She is global Pinay who has lived in Denmark, the Netherlands, Wales and now in England. She is an overseas Filipino for 16 years now and also maintains home in the US.

Paolo Gabriel Benitez, TCK, aspiring writer and dancer when no one’s looking, Paolo has been living in the UAE for 24 years! Working with Illustrado as a Brand Manager, he has written, produced and hosted shows for Illustrado Magazine, chronicling Filipino history in the gulf and championing community talents and personalities. He also does production, communications and creative work for the Illustrado agency, co-producing awesome ad campaigns and taking on one global project at a time. In his secret double life as an Otaku, he eats, dances, makes art, and is currently writing a space fantasy novel.