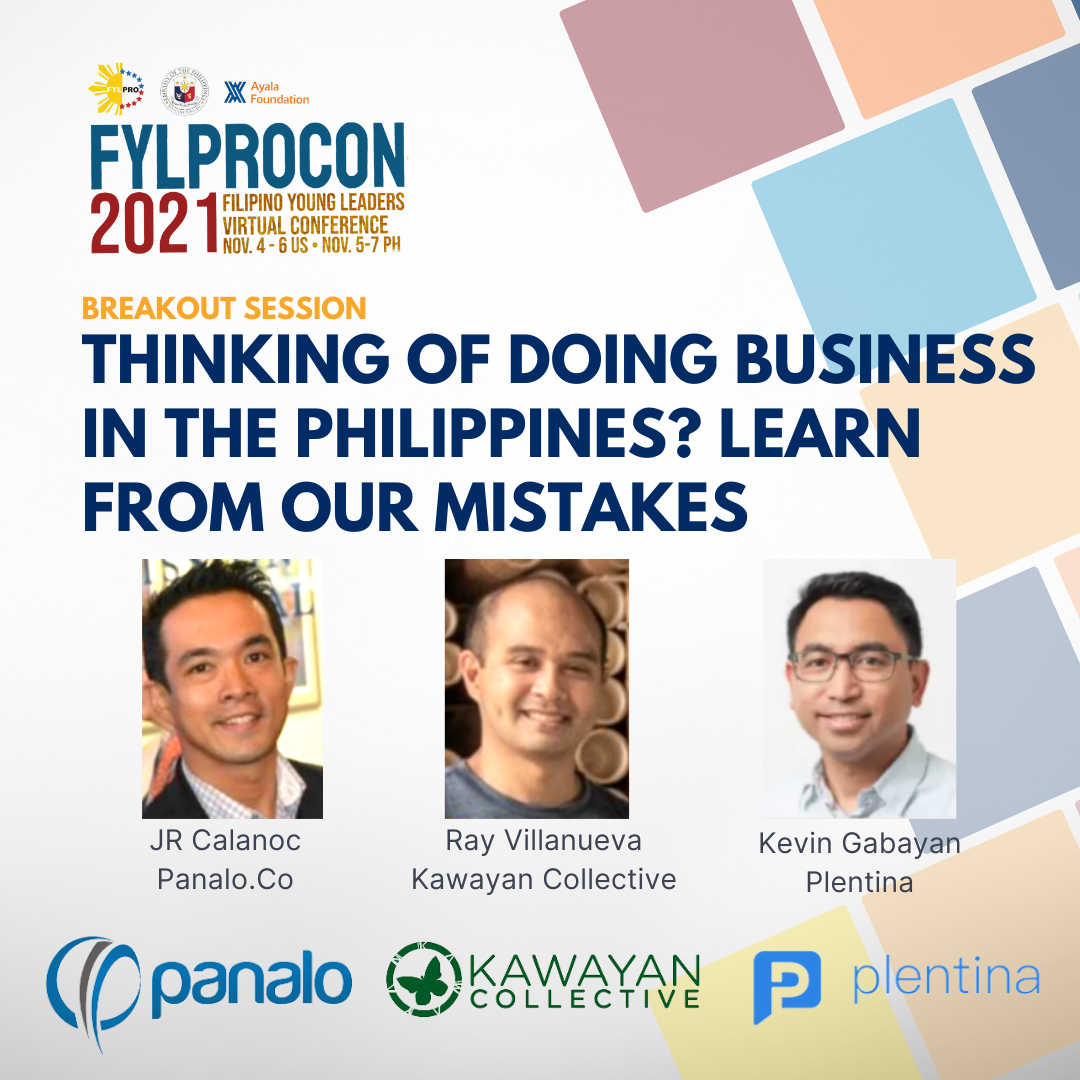 As we celebrate the Filipino workforce, many have ventured to explore outsourcing work, manufacturing or the tech industries in the country. Some have even permanently moved to the Philippines . But the road was never straight – this panel can help you navigate through the bumps and potholes along the way from personal experiences they will share.

JR Calanoc – Founder and CEO of Panalo. He is a staff attorney at McDermott Will &amp; Emery LLP, where he is a member of the Discovery practice group. Also, he has advised entrepreneurs on privacy law matters and coordinated data breach investigations for clients in the healthcare and financial services industries. In September 2019, he was appointed to the Illinois State Advisory Committee of the United States Commission on Civil Rights.

He is a founding board member of the National Filipino American Lawyers Association and currently serves as its Vice President of Membership. He is a Communications Officer of the Filipino American Lawyers Association of Chicago, board vice president of the Alliance of Filipinos for Immigrant Rights and Empowerment, and an associate board member of HealthConnect One. Additionally, he is an active member of the Chicago Council on Global Affairs.

Ray Villanueva is an educator, architect, and builder with a focus on community design and impact.

Ray is co-founder of Estudio Damgo, a student-led, community design and build program at Foundation University in Dumaguete City. The program goals are to impact lives through community projects that celebrate local materials like bamboo, reintroduce cultural relevance and promote sustainability. The program was awarded as a 2013 Ten Accomplished Youth Organization (TAYO) and its alumnus was awarded a 2013 Ten Outstanding Student of the Philippines (TOSP) for his work with Estudio Damgo. Ray is also co-director of the Philippines Bamboo Workshop Study Abroad Program through the University of Washington Department of Architecture, which won the 2016 ACSA Design Build Award.

At FYLPRO Immersion Trip 2017 Ray met Base Bahay, a foundation dedicated to building socialized housing with bamboo. The organization’s mission inspired Ray to co-found Kawayan Collective in 2018 with his wife, Amy. As a construction grade treated bamboo supplier, Kawayan Collective is partnered with Base Bahay in the vision to create better homes for all Filipinos.

Kevin Gabayan is the CEO and cofounder of Plentina, a startup building services and technologies to increase access to financial services in emerging markets. He previously founded a team at Google building for emerging market financial inclusion, and was a machine learning software engineer in Android’s activity recognition team. He was a student researcher at NASA Ames and led data science at Bump Technologies when it was acquired by Google in 2013. He holds four patents in mobile data and interaction, is all-but-thesis for the Stanford electrical engineering PhD, and holds a Stanford MS and UCLA BS in electrical engineering.