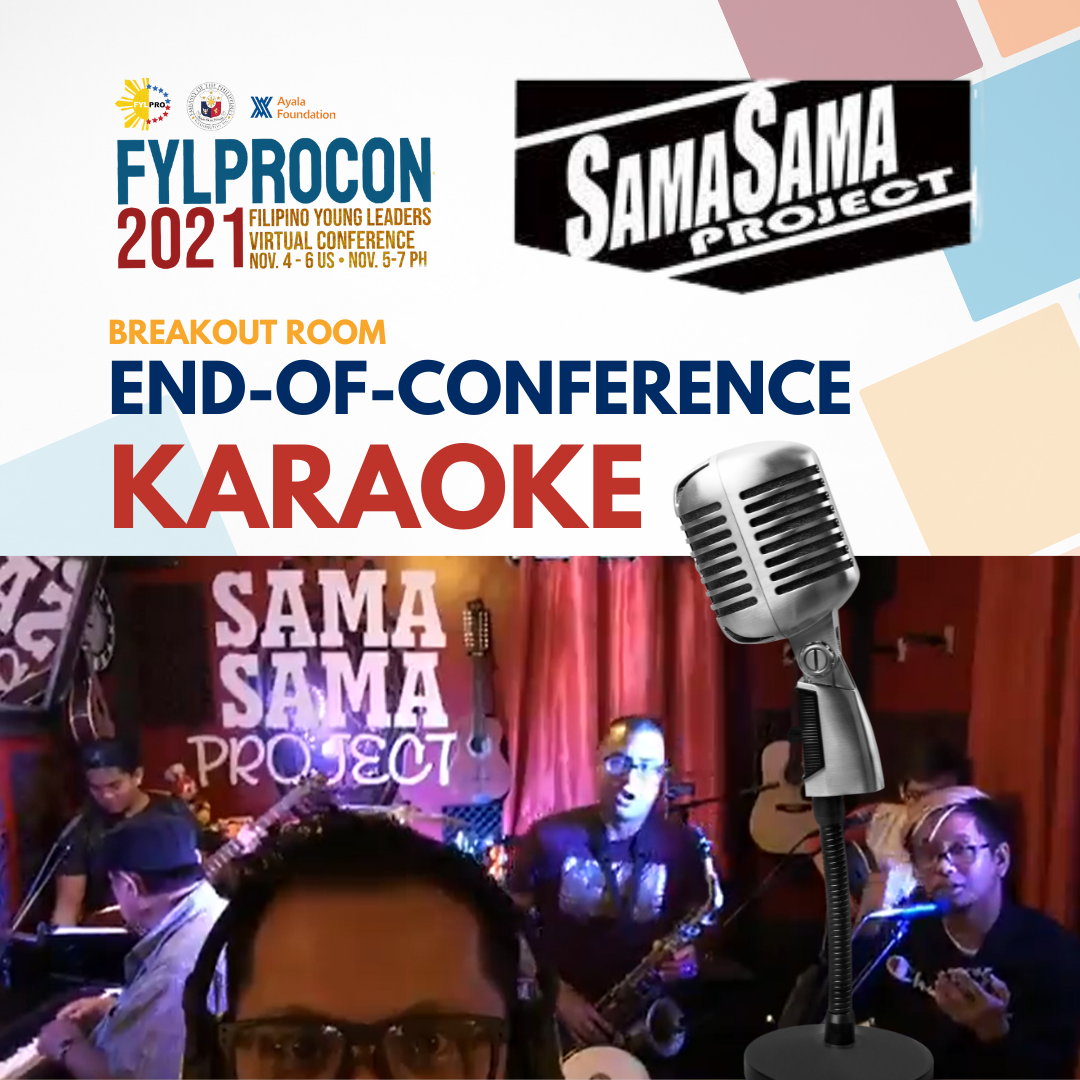 SamaSama Project was launched as one of Chicago’s premiere Filipino Folk Fusion band in 2008. “SamaSama” translated as “united, together” truly live up to their name creating a blend of Filipino folk, rock, ska, and Latin music, inspired by a 1970s musical movement called Manila Sound.
Over the years, the talented group led by Baron Lloyd Cabalona, a versatile musician and arranger and wife, Louella Rose, a TV and musical theater actress in Asia and in the US have made their mark showcasing a fusion of Filipino traditional folk and contemporary music at many notable venues and events. SamaSama Project regularly performs around Illinois and other Midwest States notably at the Windy City Ribfest, Chicago Loop Alliance’s ACTIVATE Series, Old Town School of Folk Music – World MusicWednesday Series, the Chicago Cultural Alliance’s MOSAIC Fundraiser, Chicago Wildlife Conference, Bolingbrook Piyesta Pinoy, Morton Grove Festival of Cultures, Northbrook’s Taste Of Asia. They also performed in Madrid, Spain for the Pope’s World Youth Day MacroFestival Concert for over 12,000 youth.
As one of the top bands in the Filipino American community in Chicago, SamaSama Project is highly sought after in providing great live band entertainment for weddings, anniversary celebrations, birthday parties, debuts (18th birthday), holiday parties and corporate events.
Inspired by the drive to promote diversity through music, SamaSama Project continue to captivate audiences with their unique sound that transcends all boundaries.
Please consider purchasing official SamaSama Project merchandise to support our music and all independent artists.

Lou Ella Rose is the Lead Singer, Producer and Creative Director for Filipino Folk fusion band SamaSama Project. Lou Ella is also an accomplished actress who has been in many television shows, commercials, and stage productions performing in the Philippines, Singapore and the USA. If you lived in Manila in the early 2000s, you may recognize her in the widely popular Selecta Sundae “Jolex” and Lucky Me Spicy Hot Mami TV commercials.
She is passionate about sharing Filipino culture in the modern world through her art.
A seasoned IT Professional with over 20 years of experience specializing in Data for various Fortune 500 companies, she is a Sr. Manager of Business Management Platforms for Data and Analytics Solutions at Blue Cross Blue Shield Illinois (HCSC). Her multiple careers, including being a writer for Chicago-based Via Times News Magazine, intersect at understanding truths through stories founded on facts and data.
She was an inaugural delegate of the FYLPRO Immersion program by the Philippine Embassy in 2012 and is now serving as President of its 501(c)3 Nonprofit, Filipino Young Leaders Program (FYLPRO). She also serves as Director for Asian Popup Cinema, the Philippine American Chamber of Commerce of Greater Chicago (PACCGC), and the Midwest Pilipino American Coalition (MPAC).
Lou Ella Rose’s passion for helping her home country drives her philanthropic work to found and support organizations such as IL-PRO, the Illinois Philippines Recovery Operations at a time when the Philippines was ridden with calamities that claimed thousands of lives and, the League of Volunteers for relief Expeditions (L.O.V.E), a network of volunteers that conduct medical missions in the most underserved areas in the Philippines.
Of the many hats she wears, however, she finds being mama to her toddler Reign and life-long partner to husband Baron, most fulfilling.

Baron Lloyd Cabalona is the Musical Director and Co-founder of the Chicago-based Filipino Folk Fusion band, SamaSama Project. A Nurse by profession, he co-founded the League Of Volunteers for relief Expeditions (L.O.V.E), a medical mission group that has provides medical, surgical (minor) and dental assistance to patients that live in remote and underserved areas.
An alumni of the Merit School of Music, Baron is a versatile instrumentalist playing the clarinet, bass, tuba, ukelele among others. He recently went back to his roots playing keyboards as he did back in Tacloban when he was young, performing around the city and often guesting in TV Shows such as Tita Jenny’s Kiddie Land. He is the backbone behind SamaSama Project’s solid instrumentation and is even more proud to be a good friend to our crew and to everyone. During the pandemic, he picked up learning to Dj-ing and was actively providing music to staff and patients during dist-dance events helping create some normalcy.
His passion for music is only equaled by his passion to bring medical care to poor communities and disaster stricken areas in his home country, the Philippines. Since 2013, he has been mobilizing a dedicated group of doctors, nurses, dentists and volunteers to conduct “Sagip Kalusugan” Programs in Mindoro Occidental, Bukidnon, Lipa City, Abra, Verde Island, Tacloban City, Smokey Mountain in Manila and other areas.
To the community that he serves, Baron is a leader and a mover in their collective cultural and philanthropic endeavors. Through his leadership, SamaSama Project whose objective of promoting Filipino Culture through music and the arts have proven themselves to be outstanding representatives of the community in established cultural events in Illinois and the neighboring states, as well as internationally, such as the World Youth Day 2011 in Madrid, Spain. He led charity events that gathered hundreds of volunteers to raise money for victims of natural calamities that hit the Philippines.
In the arts, he has utilized his creative talent in arranging musicals and shows that touch on the our peoples’ struggles and successes with the hope of giving a voice to the community as Filipinos and most importantly as Americans. Moreover, Baron has and continue to contribute immensely in paving the way for Filipino Arts and Fil-American artists to be on the Cultural map of Illinois with performances invitations and shows throughout the year and annual ground breaking concerts that showcase Filipino music, dance and theater arts to a broader audience.
A jack of all trades, Baron is also a painter whose works are displayed in Oakton Community College, the Choir Director for Saint Joan Of Arc Parish, a music teacher, a marathon runner with 21 medals to his name and a loving husband to Louella and a loving father to his their son, Reign.