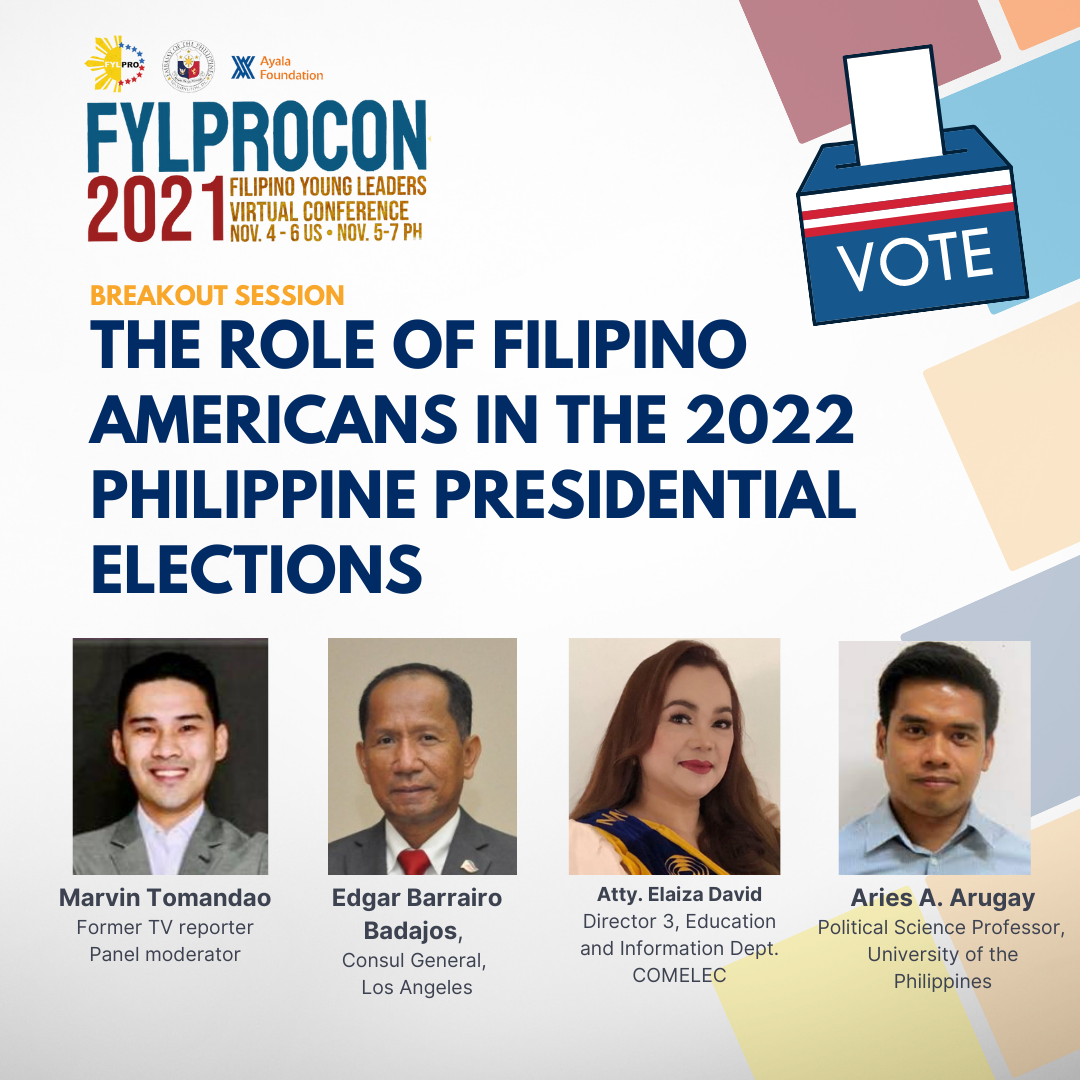 Understand the power, the influence and the responsibility we have to participate in the Philippine elections – even when thousands of miles away from the Motherland. No candidate names will be mentioned during this panel, but our speakers will present historical data, behaviors, initiatives, and provide tools to support our audience to be wise voters and fight fake news.

Marvin Tomandao is a professional events host with many years in the entertainment and events industry. He hosted the 30th South East Asian Games, among many big personalities and companies in the Philippines. Tomandao is a former TV reporter with GMA News and Public Affairs and a singer-dancer at Universal Studios Singapore. He was also in the Ensemble of Aladdin The Musical.

He graduated from the University of the Philippines, Diliman.