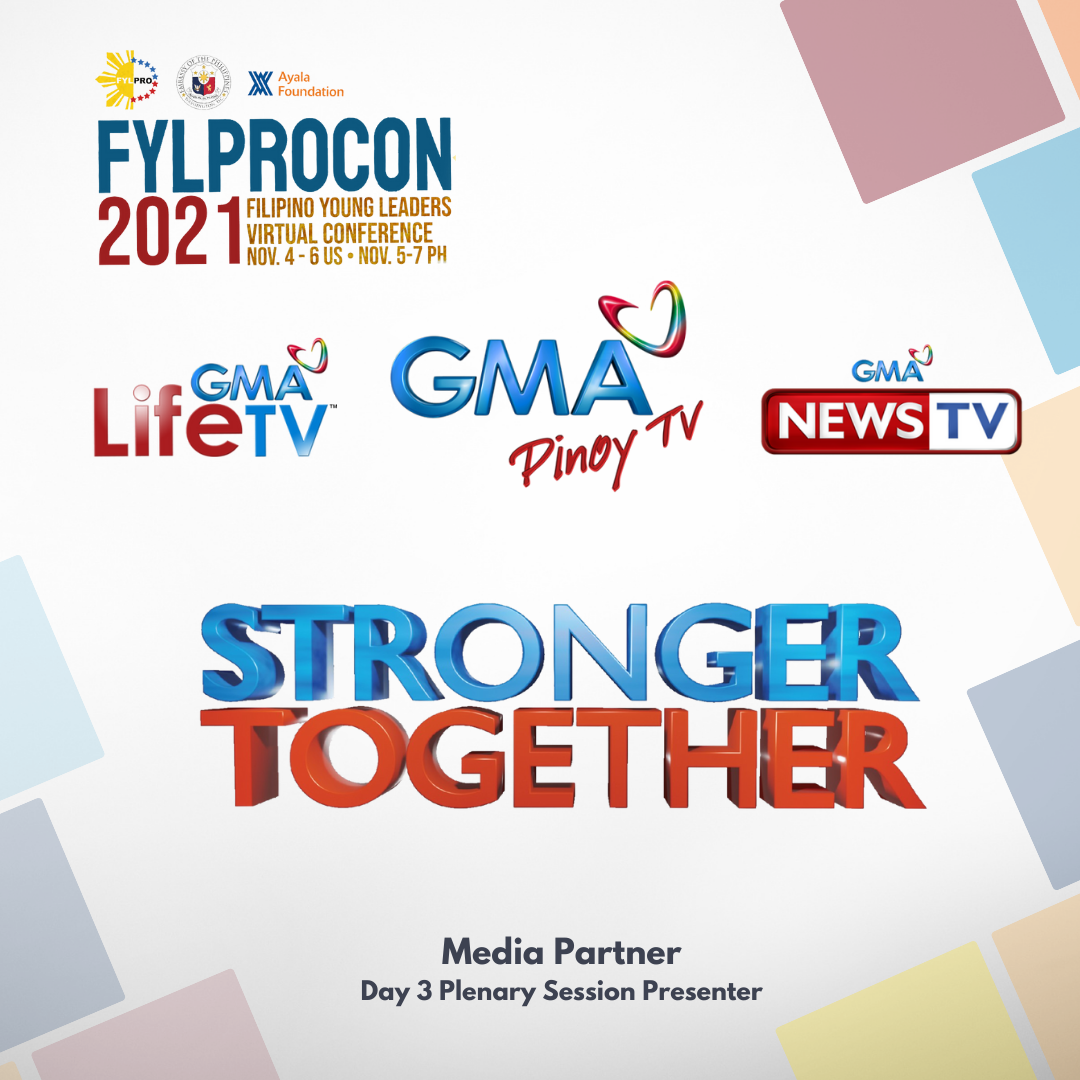 FYLPROCon’s Day 3 Plenary features the 3rd installment of Hear/Here Now titled The Diamond Dialogue, celebrating 75 years of diplomatic relations between the US and the Philippines. Celebrity hosts will engage invited speakers on controversial yet thought-provoking conversations that we encourage you to continue moving forward.

Jon Melegrito is the Executive Secretary of the Filipino Veterans Recognition & Education Project (FilVetREP), a community-based, all volunteer national initiative that seeks to raise awareness about the service of Filipino World War II veteran. A son of a USAFFEE soldier who endured the Bataan Death March, he has been part of national efforts over the last three decades to obtain justice and recognition for Filipino veterans who fought under the American flag.
A community leader for many years, he was the Executive Director of the National Federation of Filipino American Associations (NaFFAA) when it was founded in 1997. NaFFAA’s mission is to promote community empowerment through advocacy and civic engagement. He is currently Editor-in-Chief of Manila Mail, a Filipino American publication.
Now retired, Jon Melegrito lives with his wife, Elvie, in Kensington, Maryland. They have one daughter and two granddaughters.

King Marie is a Musical Artist, DJ, Model, and Creative Director. Her brand’s mission aims to create a platform that will encourage empowerment and open doors for womxn, children, and Filipinx culture. She began DJing in her hometown of Chicago in 2012 and has since held residencies in Los Angeles, New York, Boston, Chicago, and Manila, Philippines.
Her recent work includes ASW 2020 with Foot Locker Women, Jordan’s “UNITE” world campaign, Nike’s Air Max “On Air” promotion, opening for Major Lazer and Kehlani, playing ASICS stage at Lollapalooza, headlining Red Bull Music Festival, performing the main stage at ComplexCon, and speaking on multiple panels with Apple, Nike, Adidas, and VICE.
Her debut EP “The Prelude” released in 2019 and her new single, KING 2.0 will release 11/16.
Find her music on Spotify, Apple Music, Tidal and all other streaming platforms.

E.J.R. David was born in the Philippines by Kapampangan and Tagalog parents, and grew up in Pasay, Las Pinas, Makati, and Utkiagvik, Alaska. He lives in Anchorage, Alaska or Dgheyay Kaq – the traditional homelands of the Dena’ina Athabascan People – with his wife Gee’eedoydaalno (Koyukon Athabascan) and their four children – Malakas Betlee’ hoolaanh, Kalayaan Neełnohʉłno, Kaluguran Hoozoonh ts’e kk’ohoo’oyh, and Tala Nodoyedee’onh – and countless relatives and friends.
Dr. David obtained his Bachelor’s Degree in Psychology from the University of Alaska Anchorage (2002), and Master of Arts (2004) and Doctoral (2007) Degrees in Clinical-Community Psychology from the University of Illinois at Urbana-Champaign. He is a tenured Professor of Psychology at the University of Alaska Anchorage, with his primary duties being with the PhD Program in Clinical-Community Psychology that has a Rural, Cultural, and Indigenous Emphasis.
Dr. David has traveled to various states as an invited workshop facilitator, speaker, and presenter on Ethnic Minority, Asian American, and Filipino American psychology since 2002. He has published theoretical and empirical works on Internalized Oppression or Colonial Mentality, including Brown Skin, White Minds: Filipino -/ American Postcolonial Psychology (Information Age Publishing) and Internalized Oppression: The Psychology of Marginalized Groups (Springer Publishing), which is the first book to highlight the universality of internalized oppression, but at the same time acknowledges its unique manifestations and implications for various groups such as African Americans, Latinx Americans, Asian Americans, Pacific Islanders, American Indians, Alaska Natives, women, the Lesbian, Gay, Bisexual, and Transgender community, and people with disabilities. Dr. David’s most recent books are The Psychology of Oppression (Springer Publishing) and We Have Not Stopped Trembling Yet (SUNY Press). Dr. David is also a contributor to Psychology Today and The Huffington Post, periodically writing about the psychology of race, ethnicity, and culture.
Dr. David was the 2007 recipient of the American Psychological Association (APA) Society for the Psychological Study of Ethnic Minority Issues (Division 45) Distinguished Student Research Award “for his significant contribution in psychological research related to ethnic minority populations.” In 2012, Dr. David was honored by the APA Minority Fellowship Program (MFP) with the Early Career Award in Research for Distinguished Contributions to the Field of Racial and Ethnic Minority Psychology, citing his “outstanding scientific contributions and the application of this knowledge toward the improved mental and physical well-being of people of color.” In 2013, he was also chosen to receive the Asian American Psychological Association Early Career Award for Distinguished Contributions to Research. In 2014, he was honored by the Alaska Psychological Association with the “Cultural Humanitarian Award for Exemplary Service and Dedication to Diversity, and in 2015 he was inducted as a Fellow by the Asian American Psychological Association for “Unusual and Outstanding Contributions to Asian American Psychology.” In 2020, he was awarded by the Alaska State Legislature with an honorary citation recognizing “his scholarly body of work and contributions to life in Alaska.” Also in 2020, Dr. David was honored by the First Alaskans Institute with the Friends of First Alaskans Ted Stevens Award because he “has greatly impacted and strengthened the work of racial equity and social justice in Alaska” and for “consistently using his expansive global and local platforms to call for immigrant and Indigenous solidarity.”